I have a 212HD 130. I believe it is a first year issue, 1974. Its my favorite and has the cleanest, warmest sound with my 1964 VOS reissue Gibson ES 335. I bought this amp used in 1981. Question I have is, based on my research, I'm certain it's a 1974. However, I think the speakers were replaced at some point. I can't identify the speaker manufacturer. I could use you help. I have included my amp's info and pics for you more knowlegible than I. Look forward to you comments. 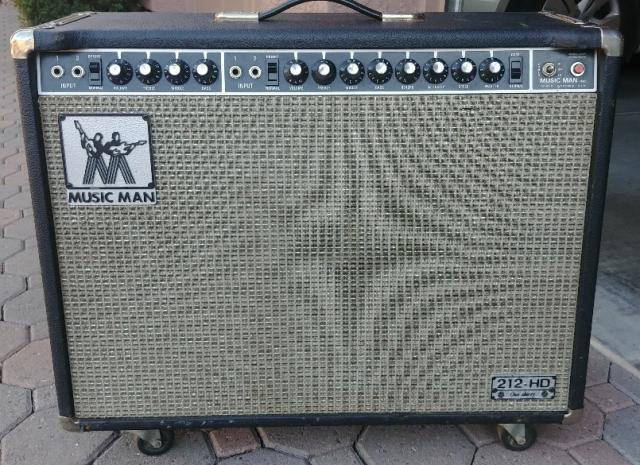 Here's a link to the amp with some pictures: https://davesguitar.com/products/music-man/212-sixty-five-combo-77/

I see some resemblance, but I'll let you be the judge.